In this post, we’re going to look at polar bear migration, and answer a question we are regularly asked here. Do polar bears migrate?

In short, yes. Polar bears do migrate in search of food and a suitable mate.

Polar bears are some of the most popular and well-known species, largely due to them living in the Arctic and being apex predators.

These bears are carnivores and can weigh as much as ten fully grown men. You certainly wouldn’t want to run into a polar bear in the wild, that’s for sure.

As the polar ice caps are melting, polar bears are finding it much more difficult to find and locate food, which means they are becoming more aggressive toward humans.

Yes, polar bears do migrate, typically in the months between summer and fall.

As the Arctic ice caps start to melt, polar bears are forced to keep moving in order to be able to catch their prey.

This means they will often travel hundreds of miles in these months to try to outrun the melting ice caps.

Researchers tracked a female polar bear that traveled 3000 miles from Alaska to Canada and then back to Greenland in search of food.

This demonstrates just how far polar bears must migrate in order to stay ahead of the melting ice.

Why Do Polar Bears Migrate?

Polar bears live in the Arctic, and they rely on the ice to hunt their prey.

They mainly feed on Seals, Penguins, and Fish, with one of their main tactic being to wait for a seal to pop up from its air hole and quickly swipe at it with their huge page.

When the season change, the ice that the polar bear stands on whilst waiting for prey starts to melt, forcing them to keep moving to icier regions.

Without these ice platforms, polar bears have no means of easily catching their prey. Meaning they may become malnourished and not survive the summer months if they don’t have enough body fat to keep them sustained.

The months between summer and fall are difficult for polar bears, with some polar bears even resorting to migrating onshore in search of food.

Where Do Polar Bears Migrate To?

The Arctic is a pretty big place, in fact, it’s around 7.7 million square miles!

Most polar bears follow a North to South migration pattern, meaning when the warmer weather starts to come in and the ice starts to melt, they will migrate south in search of food.

Arctic polar bears will migrate south in search to keep up with the ice caps that have not yet melted.

Different polar bears will follow different patterns of migration. The polar bears of Hudson Bay in Canada are some of the most well-documented and researched polar bears on the planet.

These bears will typically migrate south and can often be seen in the Churchill area of Canada congregating.

When Do Polar Bears Migrate?

Because of climate change and the effects, this has on polar bears, some can be seen to migrate all year round in search of a plentiful food source.

This is terrifying as it means that the ice caps are melting at an alarming rate in which polar bears need to constantly keep migrating in order to find food.

Most polar bears will typically begin their annual migration during the summer months, usually starting in June and ending in September.

Then once the ice starts to reform in autumn, the bears start migrating back into their home patch where the ice has hopefully reformed.

Polar bears do not hibernate, unlike many other species of bears.

However, in the summer months when food is not always available, they do enter a dormancy state in which they are able to slow their heart rate down as well as their metabolism to conserve energy.

Polar bears sometimes enter a kind of “walking hibernation”, which is where they essentially go into an energy-saving mode to preserve as much energy as possible.

They are still awake and moving during this time, and this walking hibernation is much different from the typical hibernation that many other species of bear undertake.

Although polar bears don’t hibernate in the traditional sense, female polar bears do go through a period of inactivity before and after they have cubs.

An expecting polar bear mother can go up to eight months in her den without eating in this state.

The Effects Of Climate Change On Polar Bear Migration

The effects of climate change are really taking a toll on polar bears all across the globe, especially in the Arctic.

Polar bears are being observed to be thinner and thinner almost every year, with some bears looking extremely thin and even dying of starvation.

These bears rely on the ice to be able to hunt effectively, and with more and more ice melting each year and sea levels rising, it’s becoming increasingly difficult for polar bears to eat.

For example, in Hudson Bay where the polar bears are well documented. It was observed that they are now spending 30 days more onshore than they have been in the past 30-year period.

Meaning that the polar bears are in search of other food sourced on land, but are often not half as successful as they would be if they were on the ice.

So, do polar bears migrate? Yes, they do.

Polar bears migrate in accordance with the melting ice caps in their regions. They will always try to migrate with the ice as this is what provides them with the opportunity to catch their food.

As they mainly eat seals, it’s easy for them to swipe a meal when on ice, as they will find an air hole and wait near it for the seal to come up for air.

But with the ice melting at an alarming rate, the seals are no longer needing to come up for air in their holes, and can simply pop up anytime in the open ocean for air, making it much harder for polar bears to hunt them.

The effects of climate change are huge on polar bears. They are looking thinner and thinner as time goes on due to malnourishment.

Hopefully, this post has given you an insight into polar bear migration and you’ve learned a thing or two about the process in this post.

Thanks for taking the time to read this post, feel free to share it with others who may find it useful. 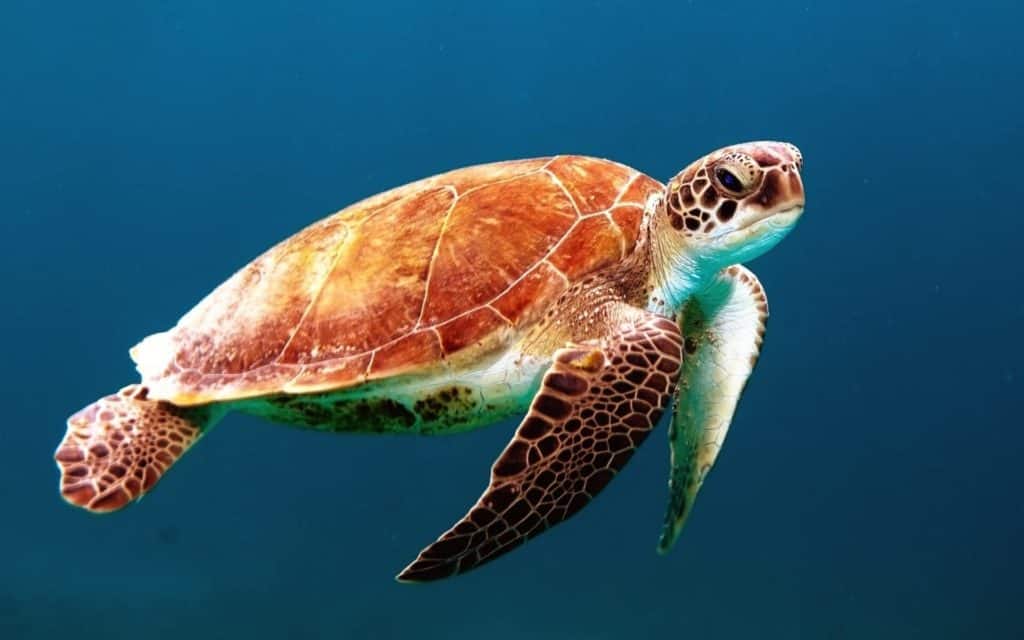