The Octopus is one of the most fascinating marine creatures on the planet. They look almost alien-like, with their large heads and many tentacles.

Octopuses are part of the Cephalopod family, with many different types such as the Giant Pacific Octopus and Coconut Octopus.

They are carnivores, which means they eat meat. Octopus actively hunts prey such as fish, crabs, and crustaceans.

However, they make a delicious meal for many other larger predators that would love to snack on an unsuspecting Octopus.

That’s where their Ink comes into effect. But why do octopus squirt ink?

Well, in this post we’re going to go over exactly that. Helping you better understand why octopus ink, and what the ink actually is.

Let’s get into it…

Contents show
1 Why Do Octopus Squirt Ink?
2 Is Octopus Ink Poisonous?
3 What Is The Ink That Comes Out Of An Octopus?
4 Do Octopus Die When They Ink?
5 Final Thoughts

Why Do Octopus Squirt Ink?

So why do octopus squirt ink? Well, much like a skunk and their spray, Octopus ink when they feel threatened and want to evade or escape a situation.

The ocean can be a dangerous place for an Octopus, with many predators out there looking for a meal, they need a defense mechanism that they can count on.

This allows them to move across the ocean incredibly fast, and when doing this in combination with inking, it acts as a smokescreen that allows them time to escape from the situation.

Octopuses have specialized glands which are regularly producing ink. Much like how we humans have glands that produce sweat and saliva.

Once the glads are full of ink, it is then transferred into the ink sac.

Octopuses produce ink that is mixed with mucous before they eject it into the water from their ink sac. The ink sac is an anatomical feature that many cephalopods have which is found under the digestive gland.

This handy sac allows the Octopus to unload their ink when they feel threatened. All the Octopus needs to do is squeeze the ink sac, and then bam! Ink-screen! Pretty cool, right?

This helps to make the predator feel dazed and confused, and it also gives the Octopus time to escape.

Scientists also believe that the ink may work as an alarm system, to alert nearby brothers or sisters that they are in danger and request help.

Octopus ink thankfully has no harmful effect on humans. Many people eat squid and octopus all over the world in many recipes so rest assured if you do consume ink you will be fine.

Some believe that Octopus ink may have some health benefits for humans.

However, the same can not be said for the predators of the Octopus. When a predator is squirted with the ink of an Octopus, it can cause them a blinding irritation and neutralize their sense of smell and taste.

Although oftentimes it won’t actually kill a predator, it will disorientate them and leave them with an irritation that takes some time to shake.

What Is The Ink That Comes Out Of An Octopus?

The main component in the ink of an Octopus is a pigment that is known as melanin. The black ink is the combination of secretions from two glands, one is mucous and one is melanin.

We, humans, have the same pigment which is responsible for the color of our eyes, hair, and skin. And just like human eye color, different species of Octopus can produce different colors of ink.

Do Octopus Die When They Ink?

As discussed earlier, the ink that Octopus releases can be dangerous to other predators, giving them a nasty irritation and affecting their sense of smell and taste.

If the Octopus inks, but does not manage to escape the attacker, the ink can actually harm the Octopus and in some circumstances even kill it.

If you have an Octopus in a small enclosure such as a tank, and they decide to ink, this can eventually kill the Octopus if you don’t change the water and clean the tank.

So why do Octopus squirt ink? They do this as an escape and evasion tactic to temporarily disorientate the predator, giving them time to make a swift exit.

The ink that Octopus produces is generally not deadly, but it can leave the predator paralyzed and unable to locate the Octopus.

It has even been shown to have some health benefits in humans! However, if the Octopus does not manage to escape the ink cloud it can actually become toxic and kill itself.

This has been demonstrated many times in people who own Octopuses in small encolures and tanks.

Fun fact – many years ago before we had the technology we have today, we actually used to write letters from the ink of squid and octopuses!

Hopefully, this post has given you an insight into why Octopuses ink and what the ink is made of.

I hope you’ve learned a thing or two from this post and would be grateful if you would consider sharing it with others who may find it useful. 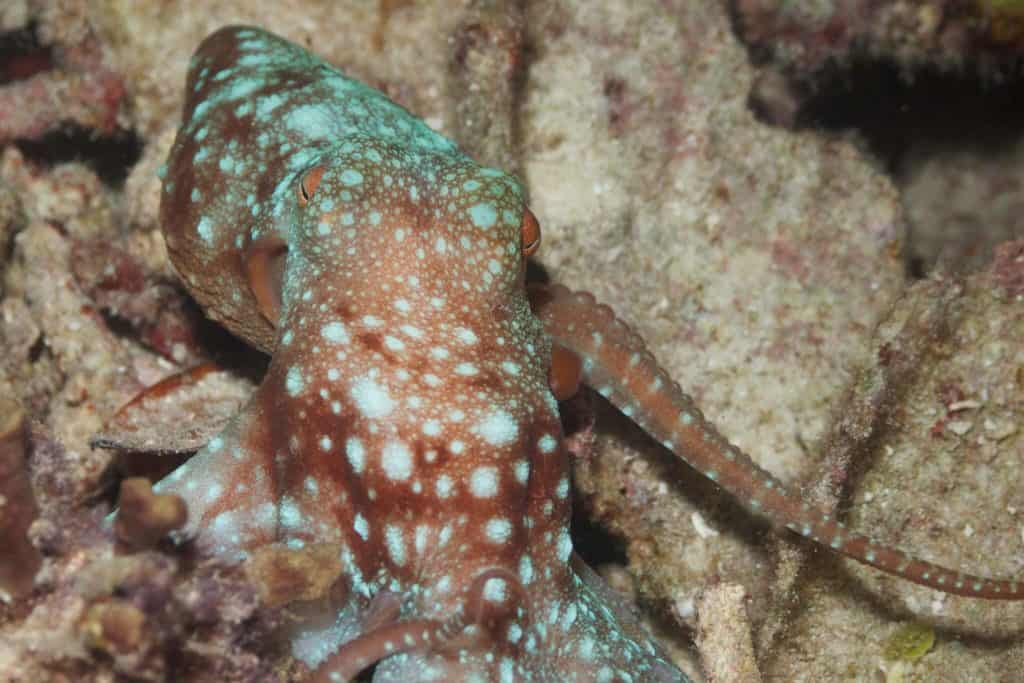