In short, yes they do. They get their name from the grey, vertical stripes or spots that cover their bodies.

When you hear the word tiger, your mind may automatically populate with a large, orange, fearless big cat that is the dominant force in forests and grasslands.

But that’s not the only tiger that exists on this planet, and certainly not in the marine landscape that we love here at MarinePatch.

The tiger shark is one of the apex predators of the ocean, they live in warm, tropical waters and rule their landscape with an iron first (and very sharp teeth!)

But where do tiger sharks get their name from? They certainly don’t resemble the Indian man-eating tigers that we first think of.

In this post, we’re going to take a look at a question that often confuses people when it comes to tiger sharks.

How To Identify A Tiger Shark

Tiger sharks are not one to be messed with. As mentioned above, they are apex predators of the ocean that don’t mess around.

Although tiger sharks are known to be particularly aggressive, attacks on humans are rare, as they are with many other types of sharks.

However, out of all of the shark species, you’re most likely to be attacked by a tiger shark. This is what makes them one of the most dangerous sharks in the world

This is why it’s always a good idea to be able to identify a tiger shark should you ever come across one.

So how do you identify a tiger shark?

Well, thankfully it’s pretty easy. One of the easiest ways to identify a tiger shark is through the stripes all over its body.

Once these sharks develop into adulthood, the grey spots on their body will turn into large vertical stripes.

This makes it easy to tell them apart from other sharks such as bull sharks or white sharks.

Another easy way to identify a tiger shark is to look at its nose. It will be blunt and short, with wide nostrils which are almost in line with its eyes.

You’ll also notice the size of these sharks makes them easy to identify. Tiger sharks are some of the largest sharks in the world, with adults reaching between 325-425cm and weighing a whopping 385-635kg!

Why Do Tiger Sharks Have Stripes?

Tiger sharks are notorious predators of the sea, with their notches, and razor-like teeth they are able to crack the shells of turtles with ease.

But that doesn’t mean there are no other predators that would make a quick meal out of a tiger shark.

Killer whales hunt in packs and are incredibly smart. Sometimes they will hunt tiger sharks if they believe it’s an easy snack.

The stripes on a tiger shark’s body are likely a defense mechanism to help them camouflage and stay unnoticed in the ocean.

These stripes also let other marine animals know that this shark is not to be messed with.

Do All Tiger Sharks Have Stripes?

Tiger sharks are not born with these stripes. In fact, baby tiger sharks (pups) are covered in grey spots which slowly transition into stripes as they mature.

However, as they grow older and older, the stripes start to fade once they reach adulthood, and often their stripes are barely visible in fully grown adults.

Not all tiger sharks have stripes, which is why they can often be confused with bull sharks.

Are Tiger Sharks Born With Stripes?

Tiger sharks are not born with stripes, and instead, develop them over time when they reach a juvenile age.

However, as mentioned above, they don’t keep these stripes forever.

Once tiger sharks reach adulthood often these stripes fade until they are no longer visible.

Do Any Other Sharks Have Stripes?

The pyjama catshark is another species of shark that has vertical black stripes. However, these two sharks are easy to tell apart simply by their appearance.

The pyjama catshark looks more like a catfish and is typically found in coastal waters surrounding South Africa.

The tiger shark closely resembles a bull shark only with vertical stripes on its body.

Whale sharks also have distinctive markings on their body, but they are much larger sharks that have grey bodies with white spots.

To conclude, yes tiger sharks do have stripes. They are large predatory animals that likely have these stripes as a defense mechanism to let others know who is the boss.

Not all tiger sharks have stripes though, and they usually only have them until they grow into adulthood and then the stripes vanish.

They are not born with stripes either, instead, they have spots that transition into stripes when they reach maturity.

Hopefully, this post has been a helpful resource to answer your question about do tiger sharks have stripes?

Feel free to share it with others who may be curious to learn more about tiger sharks and their stripes! 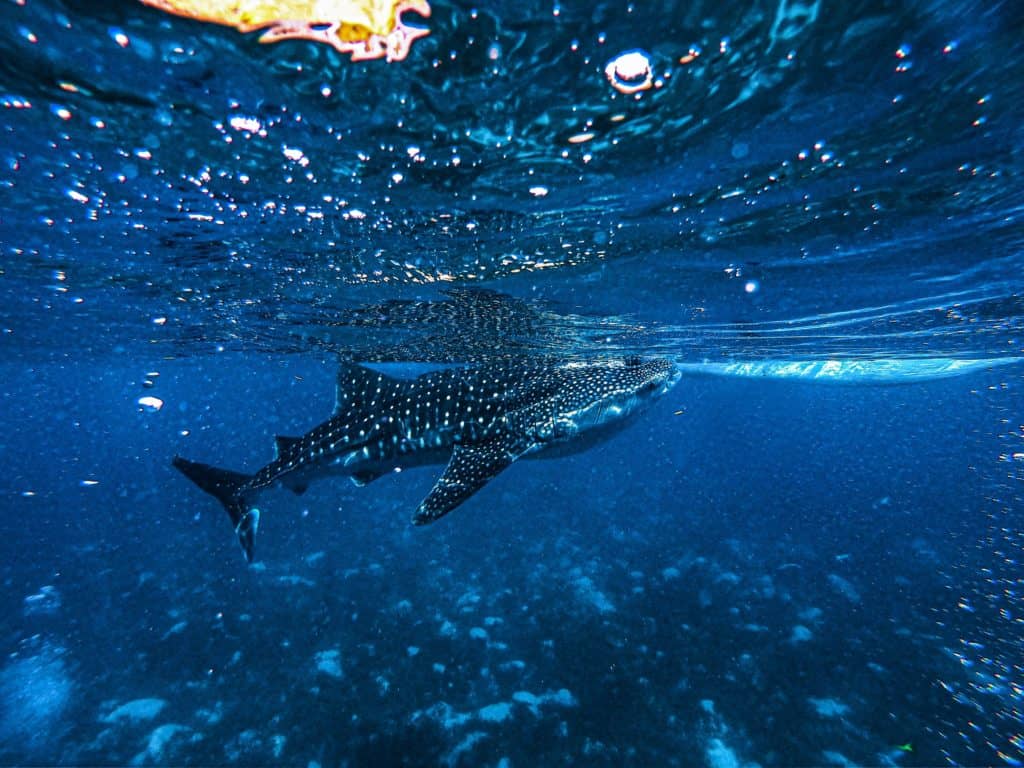