Sea lions, Seals, and Walrus are often confused with one another, after all, they look similar and are all aquatic mammals and belong to the same family known as pinnipeds.

Pinnipeds are used to describe these animals as they are well adapted to swimming thanks to their four flippers and large barrel-shaped bodies.

In this post, we are going to answer a question that we see many individuals asking: Do sea lions have tusks?

In short, no they do not. Sea lions do not have tusks, and it’s likely the Walrus that many are thinking of when they presume that sea lions do have tusks.

Do Sea Lions Actually Have Tusks?

As mentioned above, sea lions do not have tusks. They are not like their Walrus cousin that can have up to three feet tusks to defend themselves.

Walrus are much different from sea lions, in the sense that their tusks allow them to defend themselves against even the most fierce predators.

In fact, it’s been known for some walruses to defend themselves against polar bears, as their sharp canine teeth and large tusk combination is not something to be messed with.

Sea lions and seals rely on their ability to maneuver in and out of the water to defend themselves against predators such as Orca and Sharks.

This is why you’ll often find seals and sea lions lounging on ice caps in the arctic to stay out of danger. They can live both on land and in the water happily.

Do Any Seals Or Sea Lions Have Tusks?

We’ve overheard and been part of many heated debates where individuals have insisted that seals or sea lions do have tusks.

But in actual fact, it’s the Walrus that they are referring to, and with a quick google search and shown an image of the walrus, the debate is settled.

But do any seals or sea lion species have tusks?

Nope, it’s only walruses that have tusks and are able to defend themselves against predators with them.

Some seals such as the Leopard Seal are much more dangerous than common seals or sea lions because they are carnivores and have large, razor-like teeth.

This allows them to hunt Fish, Squid, Penguins, and other marine animals, but still no tusks insight.

How Do Sea Lions Defend Themselves With No Tusks?

One of the main methods of defense against predators for sea lions is the fact that they are so agile and swift both in and out of water.

When being chased by prey they are able to make quick turns and dodge out of the way of an oncoming attacker.

Not only that, but they are able to live on both land and water, meaning they can hop onto an ice cap to avoid capture.

The thick layer of blubber that sea lions have is also a natural defense mechanism. They have multiple inches of thick blubber which means it takes a much larger animal with sharp teeth to get through and eat a sea lion, which is why many don’t bother.

It’s only usually Orca or Sharks that attempt to tackle a sea lion.

If a sea lion is grabbed by a predator and needs to defend itself, they do have sharp teeth which they use to bite and thrash around in hope that they are released.

If they are grabbed they can quickly become quite aggressive and give nasty bites to oncoming attackers.

So do sea lions have tusks? No, they don’t. However, walruses do, which is often where the confusion takes place.

Sea lions are very similar to seals in the fact that they rely on their anatomy and swiftness to outmaneuver predators, it’s often like a cat and mouse game trying to catch a sea lion as they are so agile.

Hopefully, this post has answered your question and given you an insight into how sea lions protect themselves against predators instead of having tusks.

If you find yourself in a heated debate over which of the pinnipeds family has tusks, feel free to link them to this article. 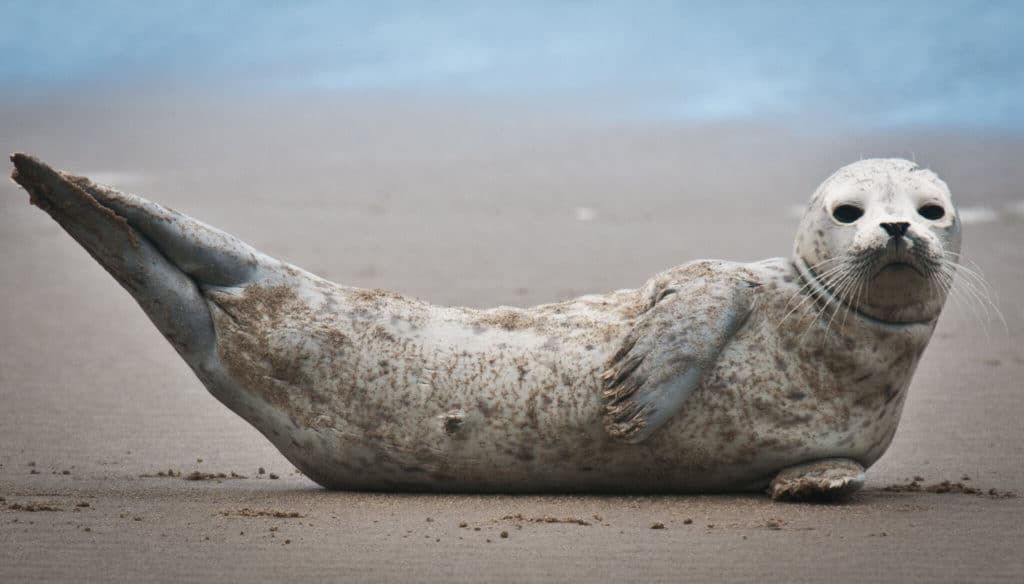