When you picture a dolphin in its natural habitat, you likely think of a pod swimming together in tropical waters.

But did you know that dolphins inhabit a wide range of the world’s oceans?

That’s right, dolphins are not strictly inhabitants of warm waters, they are even present on the shorelines of the UK.

But what about the Arctic? Do dolphins live in the arctic? Yes, in a nutshell, some species of dolphin do live in the cold arctic waters.

Are There Dolphins In The Arctic?

The Antarctic Ocean is known to be one of the coldest in the world, with the freezing temperature being around 28.8 degrees Fahrenheit.

This means that many marine animals simply cannot survive here, and let’s face it, who would want to with those temperatures? I know I would much prefer the warm tropical waters but the food isn’t always abundant there for many species.

The arctic ocean is surprisingly home to many different species, such as Polar Bears, Penguins, Whales, and Dolphins.

Dolphins are warm-blooded mammals which means that they can maintain a stable body temperature despite their surroundings, perfect for the ice-cold arctic ocean.

That said, not all species of dolphin can live in the arctic ocean, and only a few and known to live and survive there.

What Type Of Dolphins Live In The Arctic?

The Hourglass Dolphin is a type of dolphin that is often confused with the Orca due to similar body markings.

Although much less deadly, they are part of the same dolphin family and both are able to thrive in the arctic ocean.

Hourglass dolphins get their name from their markings closely resembling that of an hourglass. They can survive in waters as cold as 31 degrees Fahrenheit which allows them to scour the ocean looking for prey.

Another type of dolphin that can also be found in the arctic is the White-Beaked Dolphin. These incredibly rare dolphins have been seen at the edges of the Arctic pack ice but they are also found in the North Atlantic Ocean.

The Atlantic White-Sided dolphin has also been occasionally spotted in arctic waters, although as the name suggests they are typically found in the cool waters of the North Atlantic.

The largest dolphin of the family is known to dominate arctic waters in search of prey.

The Orca, also commonly known as the Killer Whale is a predator that hunts deep into the pack ice for Seals, Penguins, and Fish.

Can Dolphins Live In Cold Water?

Given that dolphins are warm-blooded marine mammals, they are able to survive in cold waters such as the Arctic Ocean.

Like most whales, dolphins are surrounded by a thick layer of blubber which insulated them from the surrounding water.

This ensures that they stay warm and regulated, even in the icy waters of the Arctic. A dolphin’s circulatory system also adjusts to dissipate body heat and maintain body heat too, helping them stay nice and toasty.

Many dolphins will migrate when the water gets too cold, which is why there are only a few species that can withstand the icy climate of the arctic.

However, many dolphins prefer to live in cold water only, such as the dolphins we have mentioned above.

Dolphins are also not exposed to the elements like we humans would be on land. Their whole bodies are submerged apart from when they need to come up for air, meaning they can regulate their temperature easily as there is no wind, snow, or rain to contend with.

Where Do Most Dolphins Live?

Dolphins are inhabitants of many oceans, seas, and even rivers across the globe. Their warm-blooded bodies and thick blubber make them the perfect mammals to thrive at almost any temperature.

There are even some species of dolphin such as the South Asian river dolphin and the Amazon river dolphin that live in freshwater streams and rivers.

Dolphins are found all over the world, and they can often be found in shallow waters with tropical temperatures.

So yes, dolphins do live in the Arctic. Although there are only a few species that can withstand the icy cold waters there, dolphins are present.

Hopefully, this post has been insightful and you now know a little more about the species of dolphins that live in the Arctic. 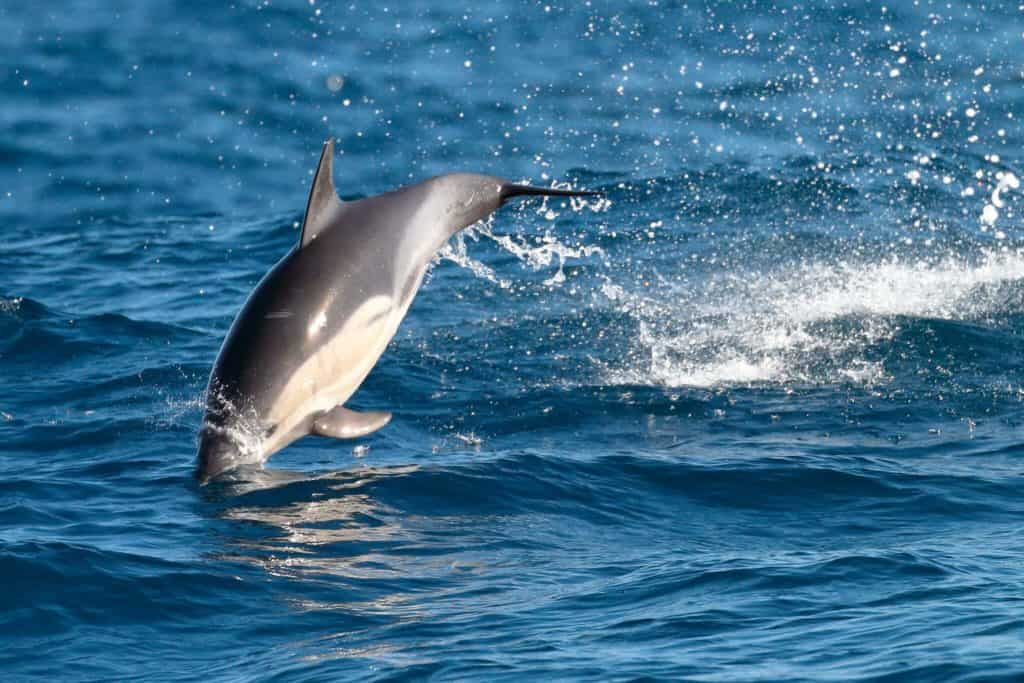