In this post, we’re going to answer a common question that we are regularly asked here at MarinePatch.

In short, yes. Swordfish can be incredibly dangerous given that they have this large, sharp, sword-like bill on the front of their head which can easily impale a human.

Swordfish get their name from their long “sword-like” bill that grows from the front of their head, making it look fierce and giving them the ability to stun their prey by thrashing them.

These fish are so powerful that often after a few swipes of their bill, their prey can be knocked unconscious making it an easy catch for the swordfish.

This large bill is also incredibly sharp and is a tool used by the swordfish to easily cut and slice prey such as squid and other fish.

Swordfish can be found around the globe, mainly in tropical temperatures but sometimes in colder waters such as the Atlantic, Pacific, and Indian Ocean.

That means they should be handled with caution by fishermen who catch swordfish.

Often fishermen spend between one and four hours to land a big swordfish, so they can find themselves fatigued and lacking energy by the time the fish gets on the boat.

This can lead to careless mistakes which may mean they cut themselves or end up in the way of the swordfish’s large bill.

Swordfish can weigh as much as 1400 pounds and can be as large as 15 feet! They are lightning-fast and incredibly powerful, making them dangerous to fish and humans that come into contact with them.

Catching a fish of this size and bringing it onto a boat can be incredibly dangerous for all that are involved, so it’s important that fishermen take extreme care when handling this type of catch.

But swordfish are not only dangerous to fishermen but to other marine life too. Swordfish have been known to impale and kill Mako sharks, Blue sharks, squid, and other fish.

The swordfish is one of the fastest and strongest ocean predators. They can swim at incredible speeds of up to 60mph in the ocean, allowing them to cut through the water effortlessly and tackle prey with ease.

Will A Swordfish Attack A Human?

There is no question that swordfish are dangerous, even to humans. These large and powerful fish are predators that are incredibly powerful, both in the water and out.

Although rare, there have been attacks by swordfish toward humans that have even led to fatalities.

For example, a swordfish killed 47-year-old Randy Llanes in Hawaii after he speared the fish with his speargun.

After the wire got tangled around the anchor and the fish struggled to escape, the fish swam back around towards Llanes at high speeds and struck him with its large bill.

This is not the only incident either, there have been other frightening moments where divers have been impaled or struck by a swordfish’s bill.

Swordfish have absolutely been known to attack humans when they are in danger, which is why it’s important to be incredibly cautious around these fish, especially whilst in stressful situations such as fishing.

It should be noted that there have been no unprovoked attacks by swordfish toward humans, however, they do become a threat when harpooned or hooked on a fishing line.

Swordfish have even been known to leap out of the water whilst hooked and slice or injure someone in the fishing boat.

The preferred method for swordfish to catch their prey is to thrash their head around and slash the prey with their large, sharp bill.

This will usually injure the prey and make it much easier for the swordfish to catch the prey after they are injured.

It’s actually rare for swordfish to stab and impale prey, as they much prefer to swipe and thrash at their opponent to injure them instead.

Swordfish will typically swim up to large schools of fish and thrash their bill around, stunning and paralyzing fish in the school and allowing for an easy meal for the swordfish.

Often times when they do impale other marine life, it’s by accident and not intentionally. There have even been swordfish bills found in the heads of shark species.

Swordfish can be aggressive, especially when under threat such as being harpooned or hooked.

These fish are incredibly powerful and are some of the fastest fish that swim in the ocean, making them dangerous when in this aggressive state.

As one of the largest and most powerful fish in the ocean, the swordfish has almost no natural predators. Orca and some species of shark will often tackle juvenile swordfish, but they make for a risky meal thanks to that sharp bill.

Couple that with the aggression of the swordfish, and you’ve got a real risk of injury which is why many predators simply avoid the swordfish.

Swordfish can be very dangerous fish, to us humans as well as to other marine life.

They are large, fast, and powerful fish that become extremely aggressive when under threat, making them a tough meal for any predators, land, or sea.

It’s rare that you find a fish that has actually killed a human before, and it’s clear why the swordfish is not to be taken lightly.

With a large, razor-like bill growing from their head, it’s easy to see why these fish can cause problems for anyone that runs into contact with them.

If you do happen to hook a swordfish, be sure to take extra care when handling them, especially when bringing them onto a boat with yourself and others.

Hopefully, this post has been insightful and you now know why swordfish are dangerous fish. Feel free to share this post with others who may find it valuable. 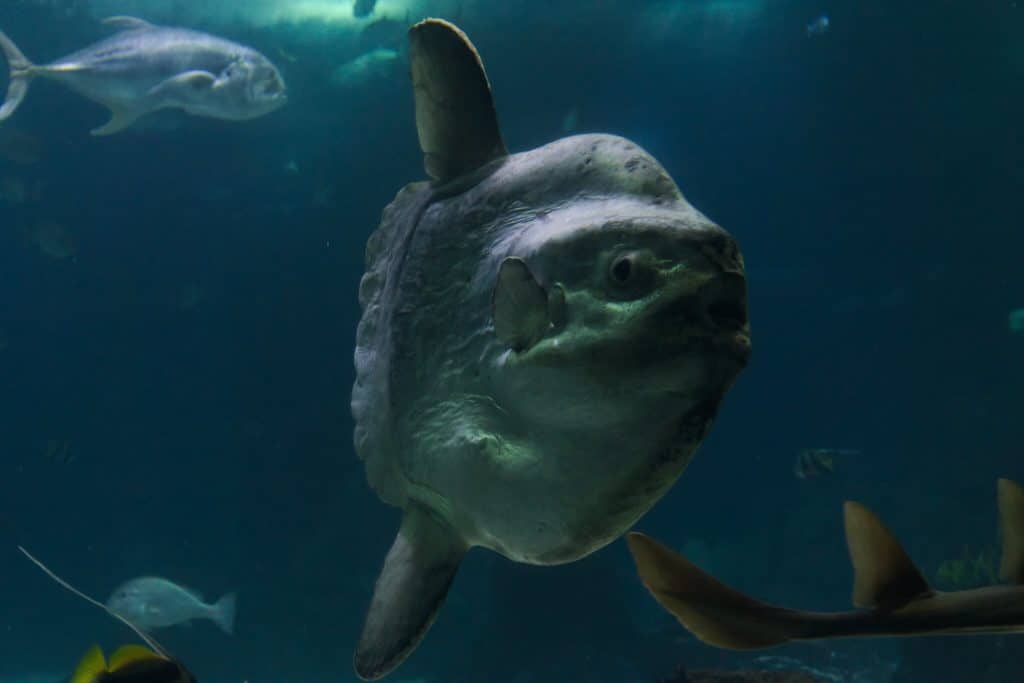