Manta rays are giant oceanic creatures that live in many of our tropical, subtropical, and temperate waters across the world.

These gentle giants are known for their size, grace, and ability to take a diver’s breath away when encountered in the wild.

In this post, we’re going to answer a question we find many of our readers asking. Are manta rays mammals?

Contents show
1 What Defines A Mammal?
2 Is A Giant Manta Ray A Mammal?
3 More On Manta Rays
4 Final Thoughts

What Defines A Mammal?

A mammal is defined as a warm-blooded vertebrate animal of a class that is distinguished by the possession of hair or fur, females that secrete milk for the nourishment of their young, and (typically) the birth of their young.

Whales, seals, orcas, otters, and dolphins are all examples of marine animals. They are all required to breathe air, and to do so they must come to the surface, unlike fish that have gills.

All mammals are classified in the eukarya domain since their cells have nuclei, and are the smallest species of vertebrates with only around 5000 known species of mammals currently.

Is A Giant Manta Ray A Mammal?

For an incredibly long time, the world thought that manta rays were cetaceans, similar to a dolphin or whales which would make them mammals.

However, it’s now known that manta rays are fish, and not mammals at all.

Manta rays do have some characteristics of mammals, in the sense that they are much more evolved and intelligent than your average fish, and have the largest brain-to-body ratio among all fish.

These animals are intelligent, curious, and playful, with some studies even attributing a level of self-awareness to manta rays.

Manta rays are closely related to sharks, they are similar in body shape although are much flatter, but they breathe and swim the same.

Manta rays must stay on the move in order to extract oxygen from the water, just like some species of sharks such as the great white shark.

However, unlike sharks, manta rays are gentle giants, that have no means of attacking or causing harm to predators or people.

Giant manta rays can be found worldwide in many of the ocean’s tropical, subtropical, and temperate waters.

Indonesia, Costa Rica, Mexico, Thailand, Australia, and Japan are all great places to spot and swim with manta rays in the wild.

They can grow to be as large as 29 feet, making them much larger than many of the other ray species. For this reason, it’s easy to feel intimidated by these enormous rays, but they are totally harmless.

Unlike their stingray cousins, manta’s do not have a venomous barb attached to their tails that they use to defend themselves.

The only form of defense for the manta ray is using its speed and agility to escape and evade its very few natural predators.

Manta rays are filter feeders that feed on zooplankton, krill, and other small crustaceans, they swim at swarms of food with their mouths wide open and sieve out their prey.

So, are manta rays mammals? No, they are fish, the same category of fish as sharks.

For many years manta rays were thought to be mammals, but it’s not known that these gentle giants are actually fish.

Although they do display some mammalian characteristics, such as being intelligent, playful, and having a level of self-awareness.

They even give live birth as mammals do. Instead of laying eggs to be externally fertilized, manta rays’ eggs are fertilized internally, and the mother rays hold their eggs inside of them for up to one year.

Once the pups are ready to hatch, manta rays typically give birth to one or two pups that when born are already ready to be independent and tackle the oceans alone.

Hopefully, this post has been helpful and you now know why manta rays are not mammals and are actually fish.

Thanks for taking the time to read this post and feel free to stick around to learn more about manta rays and other marine life. 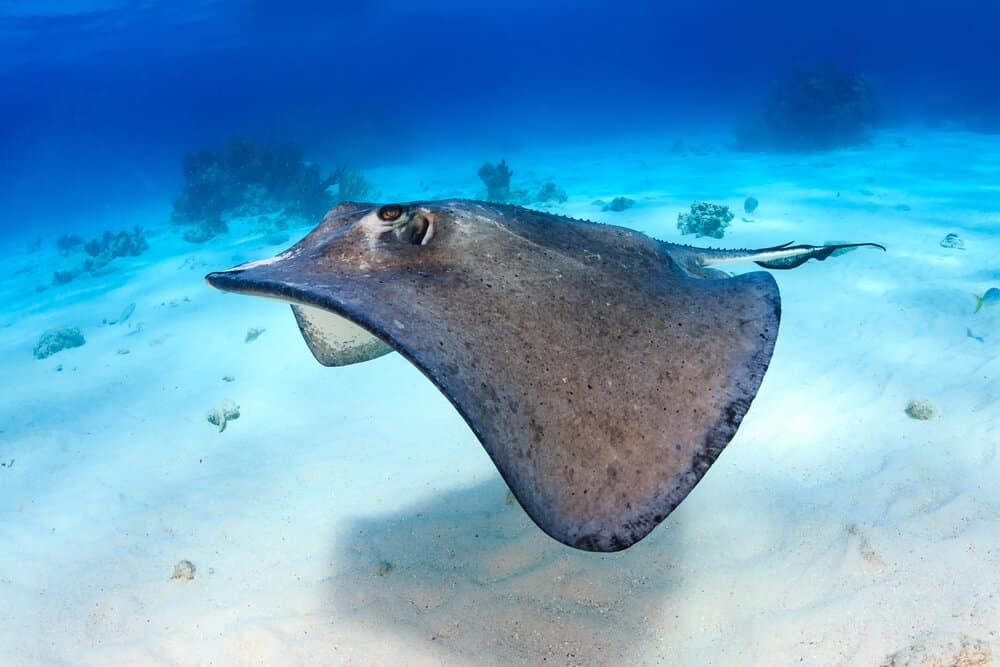