If you’ve ever seen a humpback whale, then you’ll know what I mean when I say these animals are simply breathtaking.

Humpback whales are huge whales that are present in most major oceans. But many people fear these beautiful creatures because of their size.

In this post we’re going to expose the truth, are humpback whales friendly?

In short, the answer is a resounding yes! Humpback whales regularly interact with dolphins and other marine life. They use a series of clicks and high-frequency sounds to communicate with other whales.

In fact, researchers believe that in some areas of the ocean, these clicks can travel for up to 10,000 miles!

Humpback whales by nature are gentle giants, they are non-aggressive animals and feed on small fish.

They are friendly towards other animals and humans. So next time you’re out in the ocean and come across a humpback whale, don’t be scared to hop in the drink and experience a once-in-a-lifetime moment with a humpback whale.

These whales are more curious than anything else, they will approach boats and kayaks to scope them out.

This is why you may have seen some of those viral videos where people are on boats and humpback whales will surface right close to them.

Humpback whales are filter feeders, which means they scoop up large amounts of small crustaceans such as krill and small fish.

They much prefer their fish diet and certainly don’t want to scoop a human up! If you’re nervous around humpback whales, don’t be.

These beautiful creatures are gentle giants that are super inquisitive, they will swim right up to you to try to understand more about you.

These whales are incredibly smart, so they understand that you are off the menu.

These whales are friendly towards seals too and have even been known to get themselves in between an Orca pod hunting for a seal to protect the prey.

In one famous instance, a humpback whale actually rolled over and allowed a seal to hop onto its belly for protection against a pod of Orca.

Humpback whales are sort of a vigilante of the sea, they are known to protect other marine species from killer whales which is super interesting behavior not often witnessed.

Can Humpback Whales Be Aggressive?

Believe it or not, these large, gentle whales do have predators that will actively hunt for them. This includes Orca, False Killer Whales, and some Sharks.

However, it’s typically humpback whale calves that these predators will hunt. This means sometimes Mom has to spring into action and defend her young.

This means that on occasion when protecting their young, humpback whales can certainly become aggressive and defend themselves when needed.

Humpback whales typically travel in pods, as there is safety in numbers. So when a predator strikes, the pod of whales will form a circle around the calves with their heads facing inwards and tails facing outwards.

This allows them to strike with their large tails. A strike from a humpback whale is enough to do some serious damage to an oncoming attacker and may make them think twice about continuing.

Another instance where humpback whales may show aggression is when they are in mating season.

Male-on-male aggression will sometimes take place when they are battling for mature cows to mate with. With the winner securing the right to mate with the female and produce offspring.

In theory, if a humpback whale wanted to attack a human, it would be a very swift and one-sided battle. But these gentle giants of the sea are incredibly intelligent and understand that we are not a danger to them.

That being said, humpback whales are able to detect if they are in danger, so if you pose a real immediate threat to a humpback whale they may retaliate, but this has never been witnessed or recorded.

Humpback whales are not a danger to humans, after all, when you think about it we are large, mostly bone with little flesh meals that won’t stop kicking and screaming.

So why opt for a human when you can simply scoop up a large batch of tasty fish?

There are no known or recorded attacks on a human from a humpback whale, which speaks volumes about how intelligent these whales are.

They know that we are not a threat to them, and are more than happy to coexist alongside us which is why they allow us to swim alongside them.

Should I Be Scared Of A Humpback Whale?

No, you should not be scared of a humpback whale.

Although humpback whales are HUGE, and when they come up out of the deep unexpectedly it can be a terrifying experience at first.

However, when you first experience a humpback whale, it will naturally be quite scary. But you certainly should not be afraid of them.

As mentioned above, there are no recorded cases of a humpback whale killing or even attacking a human.

In fact, even the most likely offenders to attack a human from the whale family (the killer whale), has never actually killed a human in the wild.

Killer whales almost NEVER attack humans in the wild, they are too smart and know that we are not on their menu.

Humpbacks are very curious by nature, so they will swim right up to you whilst swimming or come alongside your boat to get a closer look.

But they certainly are not there to scare or attack you, which is why you should never be afraid of a humpback whale.

If you are ever lucky enough to find yourself near a humpback whale in the ocean, of course only under safe conditions, I would advise taking the chance to swim alongside them as it’s certainly an experience that will stay with you for life.

In conclusion, humpback whales are very friendly. They will allow you to swim alongside them and pose no threat to humans.

However, if they feel threatened or under attack, they are well-equipped to defend themselves, and will do so at all costs.

Humpback whales are gentle giants that roam the seas in search of food and a mate and are not interested in harming or eating humans.

Hopefully, this post has answered your question about are humpback whales friendly. The answer is a resounding yes!

If this post has been valuable in some way I would appreciate it if you would share it with others who may find it useful. 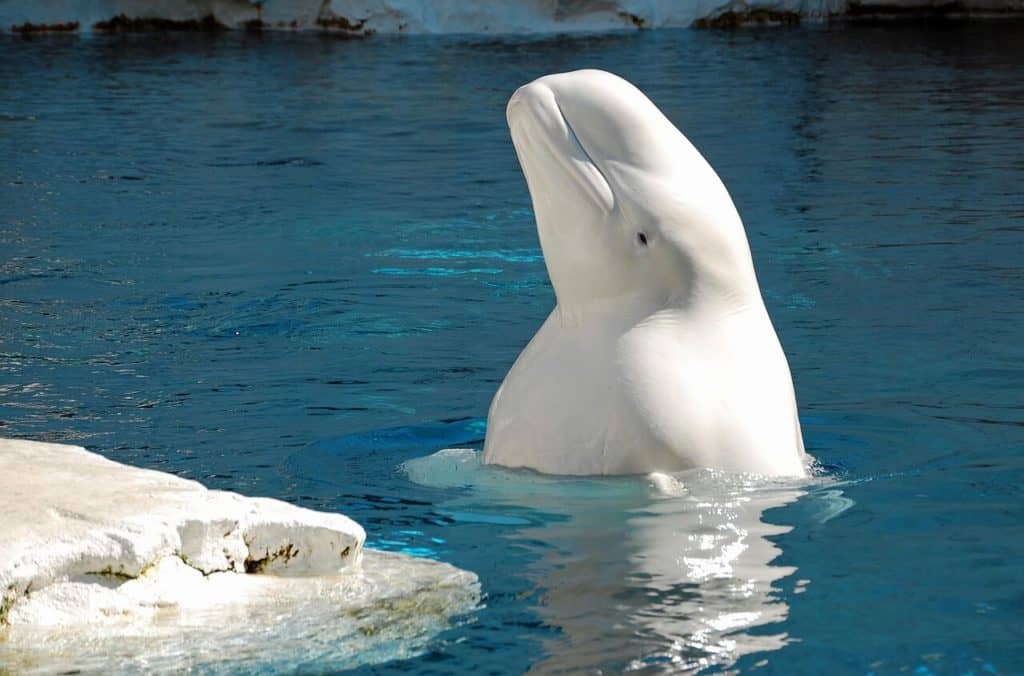